International organisations have always been faced with two very different tasks. On the one hand, they serve as a venue for states to shape the global agenda, and to discuss and negotiate issues that no state can solve in isolation. On the other hand, secretariats are actors in their own right. They work on implementation but also provide independent reports and analyses. In doing so, they have the power to shape global agendas and significantly impact the behaviour of states and other actors.

Questions of independence and the freedom of manoeuvre vis-à-vis states are often raised when it comes to the role of the UN secretary general (UNSG). Some former UNSGs, most prominently Mr Dag Hammarskjöld, have interpreted their role with substantial freedom of manoeuvre. Others, such as Mr Ban Ki-moon, have adopted more of a quiet role. Looking at the current UNSG, we might ask: What now, António? 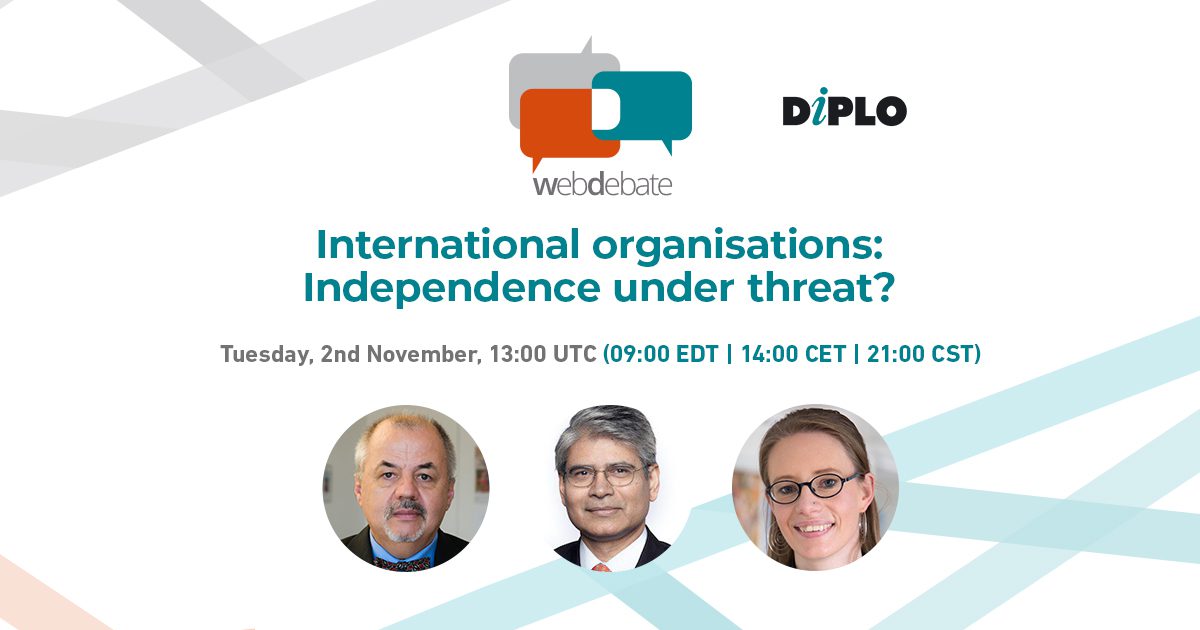 Regarding undue influence, there is a very recent example. The World Bank is currently facing critique for alleged manipulations of data in their Doing Business 2018 report. In particular, concerns have been raised that the rank of China has been manipulated based on pressure from World Bank leaders. Similar allegations of manipulation of how countries are ranked in the report have been raised in the past. Observers are worried about the possible implications for the reputation of the World Bank.

Hence, in our November 2021 WebDebate, we ask: Is the independence of international organisations under threat?

Amb. Asoke Mukerji’s diplomatic career spans 37 years, from 1978 to 2015. As India’s ambassador and permanent representative to the UN in New York (2013–2015), he oversaw India’s negotiations on the 2030 Agenda on Sustainable Development, focusing on prioritising the use of technology for achieving the SDGs. He represented India in the intergovernmental negotiations that recommended a text-based outcome for UN Security Council Reforms in September 2015.

Our WebDebates on the future of diplomacy are live-streamed on the first Tuesday of every month. They are organised by Diplo within the framework of the International Forum on Diplomatic Training (IFDT). Learn more about our WebDebates series.