Conventions or treaties are agreements signed between the states and bind the states who are parties. However, the law in most states is that such treaties have no legal effect within the state. 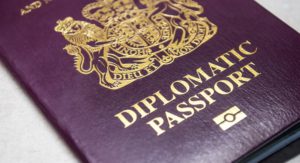 In countries that use the common law system (UK, USA, Canada, Australia, New Zealand), the VCDR has no legal effect within the country. Thus, a diplomat who is arrested in Canada has no protection directly from the VCDR in the courts of Canada.

Common law states will often pass laws to implement the VCDR into the domestic law of the state. When that is done, the diplomat is entitled to such protections as provided under the law that implemented the treaty, not under the convention directly. If a state does pass implementing  legislation, that law will often omit certain protections contained in the VCDR. People rarely pay attention to the implementing law, and thus do not notice that many rights under the conventions may have been omitted. Particularly, common omissions are the right to fly the flag of the SS, freedom of movement by diplomats within the state, as well as restricting the immunities set out in the conventions.

Most states of the world use a civil law legal system, based upon a civil code. This includes most of Europe, Asia, Latin America, and parts of Africa.

Many civil law states have passed laws related to the VCCR or the VCDR, but have omitted certain provisions in the conventions, similar to common law states, as mentioned above. They are generally permitted to do this unless the constitution of the country provides that conventions are the supreme law of the law. Thus, the rights of a diplomat arrested in a civil law state depend upon the constitution of the country and whether laws have been passed regarding the matter.

As we can see from the foregoing, the rights and immunities of diplomats are not as set out in the VCDR and VCCR, but derive largely from the domestic law that relates to that convention. If a diplomat feels that their rights under the convention have been breached, there is no international agency that they can complain to about this. They can take a case to the domestic courts of the receiving state, make a complaint to the ministry of foreign affairs of the receiving state,  or make a complaint to their sending state who then may take it up with the receiving state.

In addition, the existence of laws does not necessarily mean that those laws are followed in the receiving state. For example, police may not be aware of the rules regarding the DI, and will arrest a diplomat. This is generally more common for police forces outside of the capital city, who have no exposure to diplomats and are not trained in the DI.

Rationale for the law on diplomatic immunity

As set out in both the VCDR and the VCCR, the fundamental basis for the immunities is functionalism. The traditional view is that without these immunities, diplomats could not function in their jobs. We need to deconstruct this concept of functionalism.

At the heart of the matter, it means that if diplomats do not have the immunities, they will not be able to do their jobs properly. Why? Simply put, the diplomat needs protection for state wrongful acts or acts that are primarily politically motivated  – the diplomat, being the representative of the sending state, may be caught in the middle of a dispute between the receiving and sending states and used as a pawn. Without the DI, they would live and work in fear that they will be arrested for political reasons.

The purpose of the DI is not to give licence to diplomats to commit crimes with impunity (and immunity), but to protect them from being charged with crimes for purely political reasons. Thus, it is important to view them in this manner, and then consider whether countries that are high on the ‘Rule of Law’ list, such as Scandinavian countries, would actually engage in such political actions against diplomats. If the answer is no, then do diplomats in those countries require the DI in order to do their jobs? Perhaps not.

With these changes in immunities of heads of state, is a wholesale revision of the DI likely in the near future?